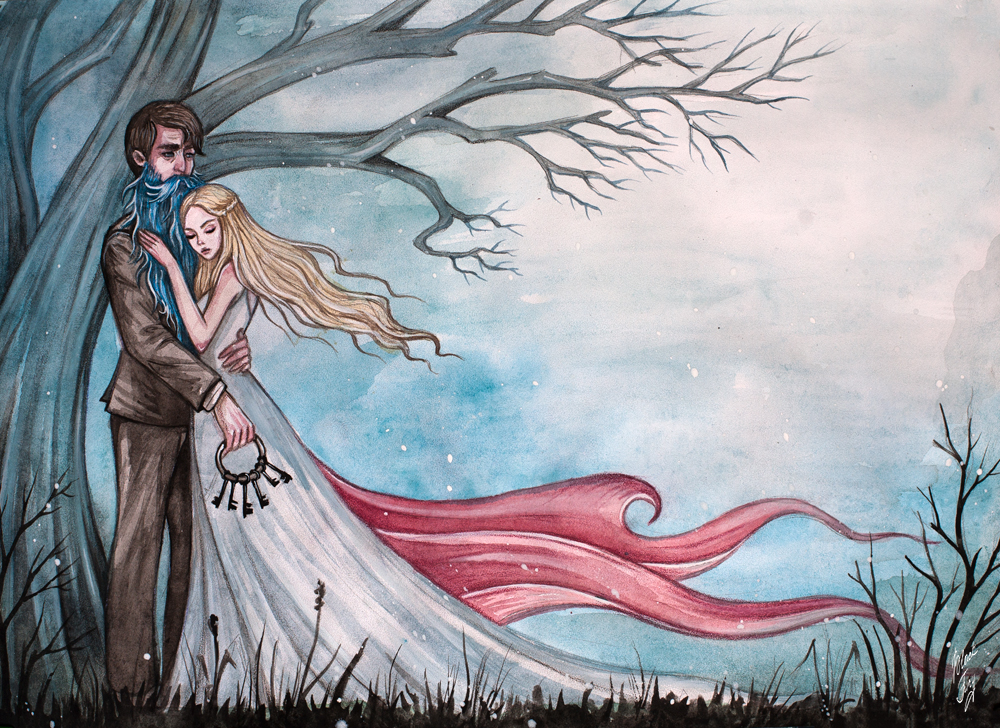 She left her head on his chest, listening to the beat of his heart, to the music of his soul. The night was still young but they have already consumed in their love, falling for each other more and more every single time they would touch…

They met by pure luck but stayed together by strong will…

She slightly let her fingers cross his navel drawing small circles around it so that it sent shivers through his body. It was the second time only, that they’ve been holding each other in their arms, breathing the same air and watching the same white, full moon. Neither knew what was more disturbing, the cry of an owl outside their window that gave them the feeling of loneliness while still being together, or the acknowledgment that along with the first morning sunlight they would have to say the most painful words ever, that they’ve said before, but still were not used to… they would have to say “Good Bye”! Not just for a few hours, not just for a few days, but for a very long and undetermined period of time.

He felt her every thought, her every sigh, he knew what she would feel long before even she would know… he always knew her deepest fear and desire, cause both were him…she longed for him ever since she met him and along with this new and passionate desire came her biggest fear ever… to lose him.

He held her tighter in his arms kissing the top of her forehead and she felt better.

– Tell me more about your family, about you, she said closing her eyes and breathing deep the perfume of his skin.

– You already know so much about me, more than most people that knew me my entire life…I wouldn’t know what else to tell you, said he while curving his lips into a gorgeous smile.

– I know less than I want, love… I want to know every single detail of your past life. I feel like I lost so much time not knowing you, not loving you, that now I want to make up for all that time. I want to be there, in every single memory of yours, so it would feel that I knew you all my life…that we are unbreakable.

He took her hand in his, then said almost whispering… “You are my life now and forever…”